YES we are shipping! Bundle up and save + for a limited time, annual membership fees waived!

Your Vision and Road Safety 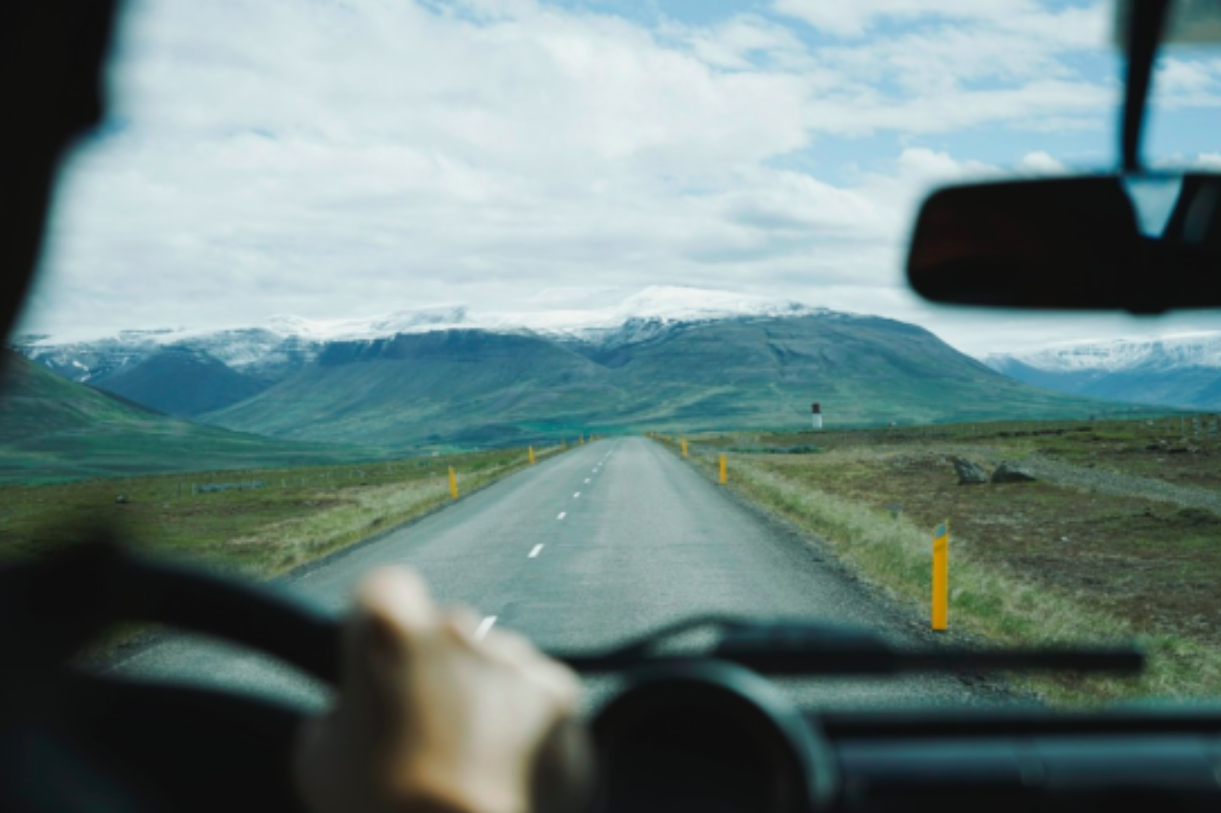 In the last two decades, a number of studies have focused on the role of visual acuity in driving. Many of these studies have concentrated on older drivers. This isn’t surprising considering vision impairments are typically far more prevalent in older adults. Most of these studies have assessed the impact of vision impairments on driver safety and performance. They have even analyzed specific eye diseases. Several studies have demonstrated quantitative measures such as contrast sensitivity and useful field of view (UFOV) are more accurate than visual acuity for determining the risk level of visually impaired people.

Visual acuity (sharpness of vision) is measured by one’s ability to discern letters or numbers at a given distance according to a fixed standard. A visual acuity test is part of every comprehensive eye exam. It is also the standard vision screening test used by most licensing agencies to assess driving fitness for both initial issuing of driver’s licenses and periodic re-licensure. While visual acuity tests are relevant for clinical diagnosis and monitoring eye disease, they do not reflect the visual complexity and visual functions essential for driving. These include acuity, static acuity, dynamic acuity, visual fields, visual attention, depth perception, and contrast sensitivity. Moreover, driving safety is associated to a large degree with age-related declines in a person’s reaction time and cognition as well as other physical and mental factors. 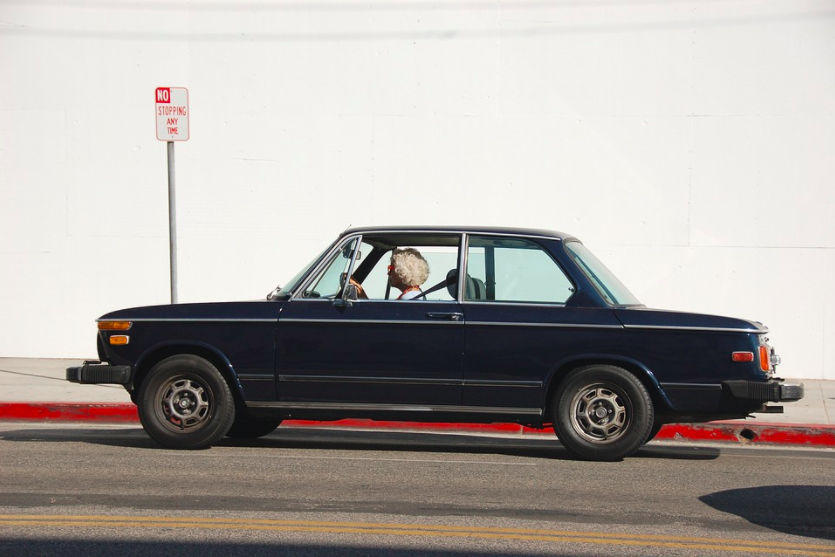 The Impact of Eye Disease on Driving

Research indicates adults with age-related macular degeneration (AMD) report greater difficulty driving than older adults without AMD. In general, driving difficulties increase with the severity of the disease. Yet even in the earliest stages of AMD when acuity remains relatively sharp, driving at night is a common complaint. Multiple studies revealed older drivers with AMD relied on several self-regulating strategies and drove with extreme caution. Strategies included pulling over when a car was passing, relying on memory for highway exit and stop sign locations, asking a passenger to provide verbal cues about the roadway environment, and scanning the road more frequently. 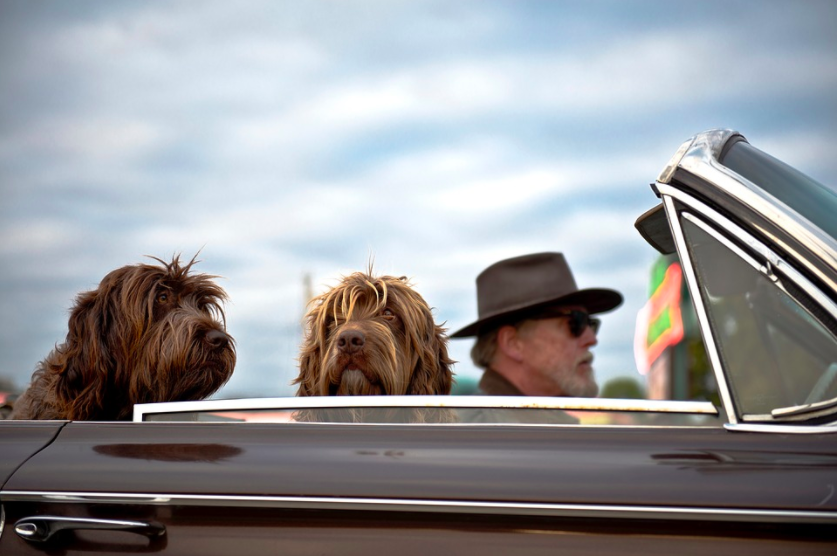 Road signs in the U.S. are designed and placed based on the assumption drivers have a minimum binocular visual acuity of 20/30. If a driver cannot clearly read signs (e.g. speed limit signs, stop signs, exit signs on the interstate, he or she may not be able to make key driving decisions (e.g. lane changes, turns, exiting) at a safe distance.

Most states require a minimum visual acuity of 20/40 and 120-140° total visual field to obtain and renew a driver’s license. When an individual’s visual status starts to fall below this standard, eligibility may be threatened and other options need to be considered. Visual acuity testing requirements vary greatly by state. Eighteen states enforce shorter renewal periods for drivers older than a specified age and the same number require more frequent vision screening/testing for older drivers. In states in which drivers can renew licenses by mail or online, 16 states and the District of Columbia do not allow this option for older drivers. Alabama, Connecticut, Kentucky, Mississippi, Oklahoma, Pennsylvania, Tennessee, and Vermont do not require proof of adequate vision when renewing, regardless of age. 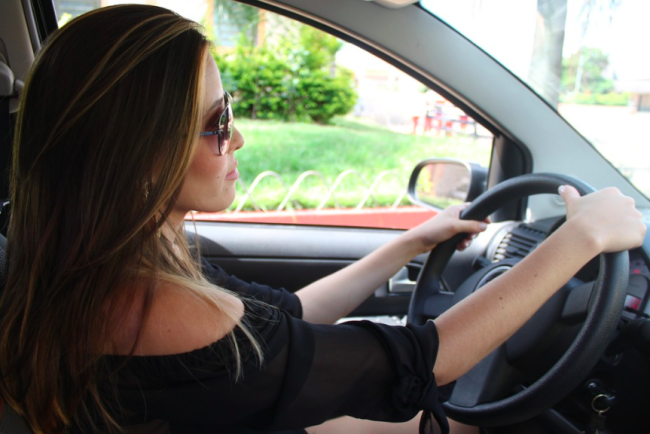 The Use of Special Visual Aids for Driving

Research shows those who stop driving because of vision loss experience higher levels of depressive symptoms (13% to 38%) than those who continue driving. It’s important to assess visual, cognitive, and motor skills to determine if a person can still drive and whether they might be a candidate for a visual driving aid (bioptics). There are critics and advocates for the use of bioptics, but not enough scientifically robust studies to build a case one way or the other. The use of bioptics while driving can be dangerous in unsuitable candidates or in individuals who have not undergone proper rehabilitation and training

Bioptics include a telescope mounted on top of a standard pair of spectacles or drilled into the upper part of the lenses. The telescopes can be placed in one or both lenses depending on visual acuity, visual field, central scotomas, ocular dominance, pupillary distance, and other physical factors. The device is carefully designed to optimally fit a person’s face and provide an appropriate level of magnification. Currently, 45 states in the U.S. allow bioptic driving when individuals meet certain requirements. Utah, Iowa, Connecticut, Maine, and the District of Columbia explicitly forbid bioptics from being used while driving, and Minnesota permits them on a case-by-case basis.

If you are an older adult or have an aging parent and feel like a decrease in visual acuity is impacting driving, the EyeQue Personal Vision Tracker is an ideal solution. It allows you to test and track your vision as often as you wish in the privacy of your own home. Recording changes over a period of time is a good way to identify trends or irregularities in your vision that can negatively affect your safety on the road.

Charitable and Not for Profit Eye Organizations That Make a Difference

The Part of the Eye Exam Everyone Hates: Is the “Air Puff” Test Necessary?